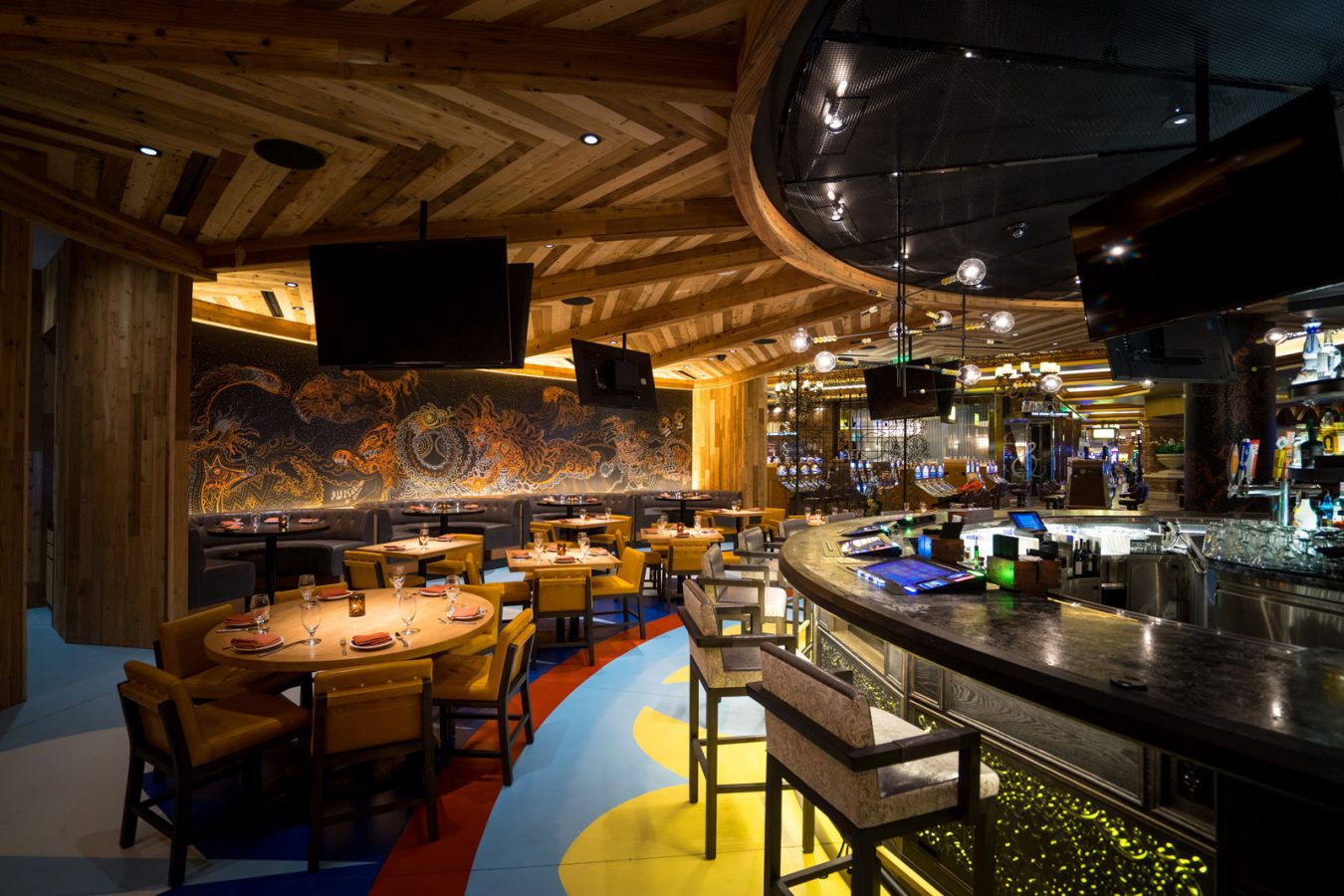 Whether you’re looking to come back to life after a night out on The Strip, getting ready to take on the town, or needing to get your hands on the best tacos in Henderson, Borracha Mexican Cantina will not fail to guac your world.

Borracha offers Mexican-inspired dishes and features a drink menu with an abundance of cervezas, tequila and specialty cocktails to take the edge off. Learn why so many flock to Borracha to fiesta like there’s no mañana.

Borracha’s menu is a dream come true for diverse eaters and drinkers (ahem, ladies). Foodwise, there’s an entire vegan section of the menu, gluten free options, and a wide-range of selections for those passionate about protein whether by land or by sea.

Where they really shine is with the beverage choices: 60 plus types of tequila, a solid wine menu, hard kombucha, craft beers, and most importantly–mocktails. Group outings just got way easier, especially for the DD’s, diet followers, and moms-to-be.

The restaurant is drop-dead-gorgeous, somewhat literally, with its Dia De Los Muertos theme. But this Day of the Dead decor–both sexy and elegant–makes you feel alive. The soft-cast glow from unique light fixtures and the honey-colored natural wood against stone makes the space feel youthful but deeply-rooted in tradition.

You’ll drink in the ambiance like one (okay maybe more like two-three) of their seventeen signature cocktails and end up leaving a tad borracha in body, spirit, or most likely both.

There’s a reason why there’s a list of Top 170+ Instagram Captions for Churros–they’re freaking amazing. Borracha took the churro and went next level: a churro ice cream sandwich. It’s such a thing of beauty that it inspired 64% of Pablo Neruda’s love poems. Find someone who could stop after taking one bite…seriously, find them, because you’ll want to finish the churro ice cream sandwich for them.

Let’s be honest, brunch is always a good choice, and brunch at Borracha is the right choice. It lasts until 4pm for those who were out until 2 am, with a Hair of the Dog menu that doesn’t judge but does rule. The hearty fare is restorative and way more fair on your stomach than the T-bell you scored on the way home the night before.

Bottomless mimosas or micheladas at $18 are perfect for those who don’t have endless budgets, and the Sunday Scaries won’t dare to mess with you with the badass Day of the Dead mosaics at your back.

Your Go-To Mexican Restaurant in Henderson Is Waiting For You

It’s time to give your soul some tequila and your heart all of the tacos you can consume. Make a reservation at Borracha Mexican Cantina today, whether it’s just you or the whole group. Struggling to get out of bed? We got you covered. Order online and get delicious eats delivered right to your door.