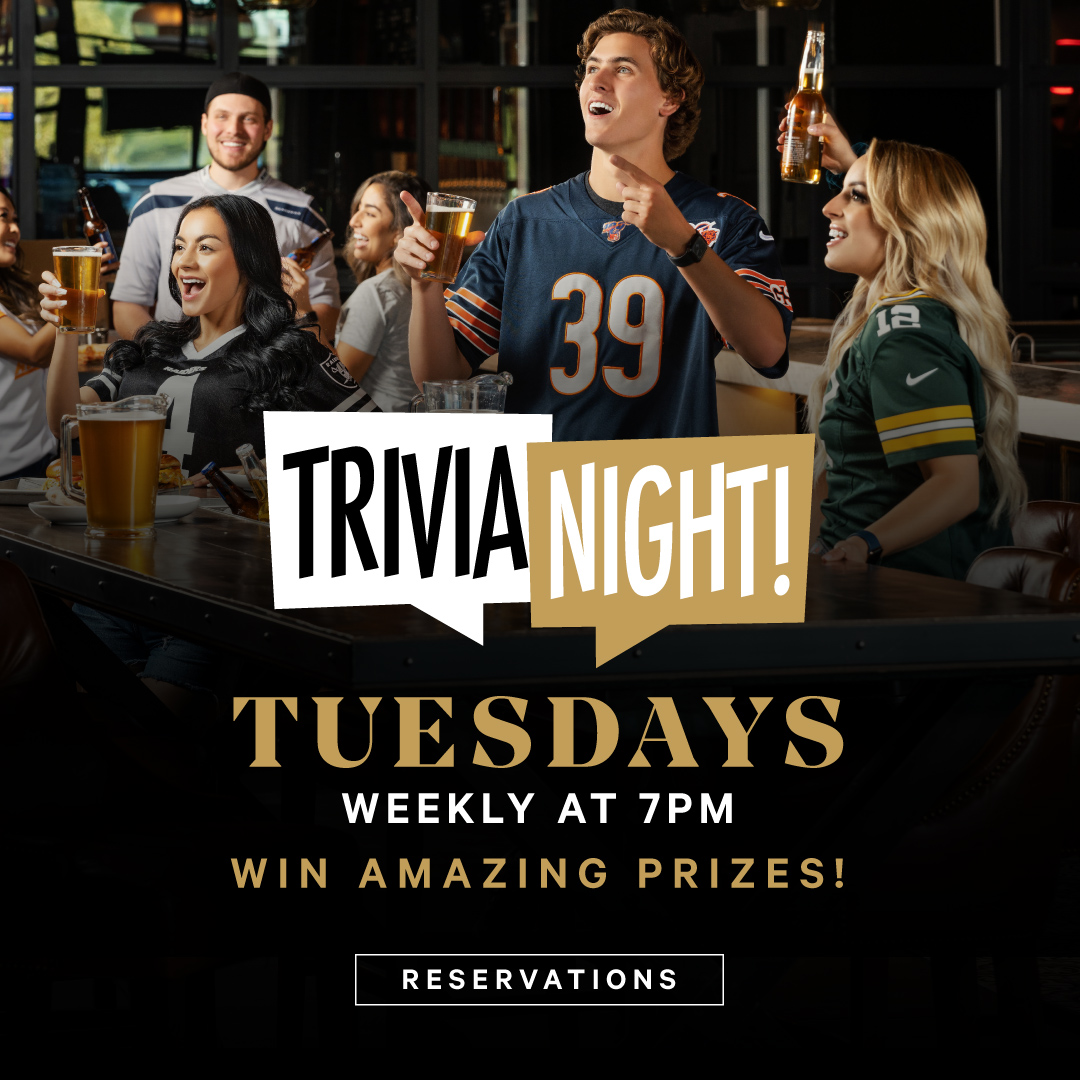 Trivia is amazing because it allows you to be fiercely competitive without having to stand up and gives you an excuse to drink at the beginning of the week. Tailgate Social knows that the workweek can be bleak, so they’ve switched trivia night from Thursday to Tuesdays in order to give you a reason to get out for the night and win some amazing prizes. Starting weekly at 7pm, Tuesday Trivia means you won’t have to fake it until you make it to Friday any longer. So kick back, relax, and enjoy these random facts that will prep you for both a solid trivia performance and a satisfying meal at Tailgate Social.

What country was the Caesar Salad invented in? If you think it was Rome–think again–it’s Mexico! Most people think that this luscious lettuce dish was named after Julias Caesar, the first emperor of Rome. However, it was actually created by Caesar Cardini in 1924 south of the border. This next question won’t leave you as stooped: what restaurant has the creamiest and tastiest Caesar salad in Las Vegas? Tailgate Social! What a layup.

Did you ever wonder why it’s called a hamburger when it’s made with beef? That’s because the dish is actually thought to have originated in the 1800’s in Hamburg, Germany! It wasn’t until 1904 that the hamburger made its US debut in St. Louis at an exposition, so likely no one questioned the name or tried the mouth-watering meat and bread concoction and didn’t care what it was called as long as they got to eat it. If you’re salivating just reading this (guilty) then order The Tailgate Burger this trivia night. If you want to make it a “true” hamburger, then add some bacon or make it double meat and cheese–because you can.

That’s a Tricky One, Eh?

Here’s one that really doesn’t make any sense: where was the Hawaiian pizza invented? Spoiler alert, it’s not Hawaii. It’s actually our overly-polite Neighbors to the North who invented Hawaiian pizza. I’m guessing when you’re stuck inside for a long winter, boredom and the abundance of canned food will make you try some crazy things. 11% of people claim to love pineapple on their pizza, but over 51% say that pepperoni is their favorite topping. Luckily, you can order Tailgate’s Social’s Cheese pizza and add pineapple if you so please, or you can go the popular route and order the Pepperoni. Whatever your pizza preference, Tailgate Social provides.

There’s no easier answer to get right than attending Tuesday Trivia Night at Tailgate Social, so make it a weekly way to get a W.