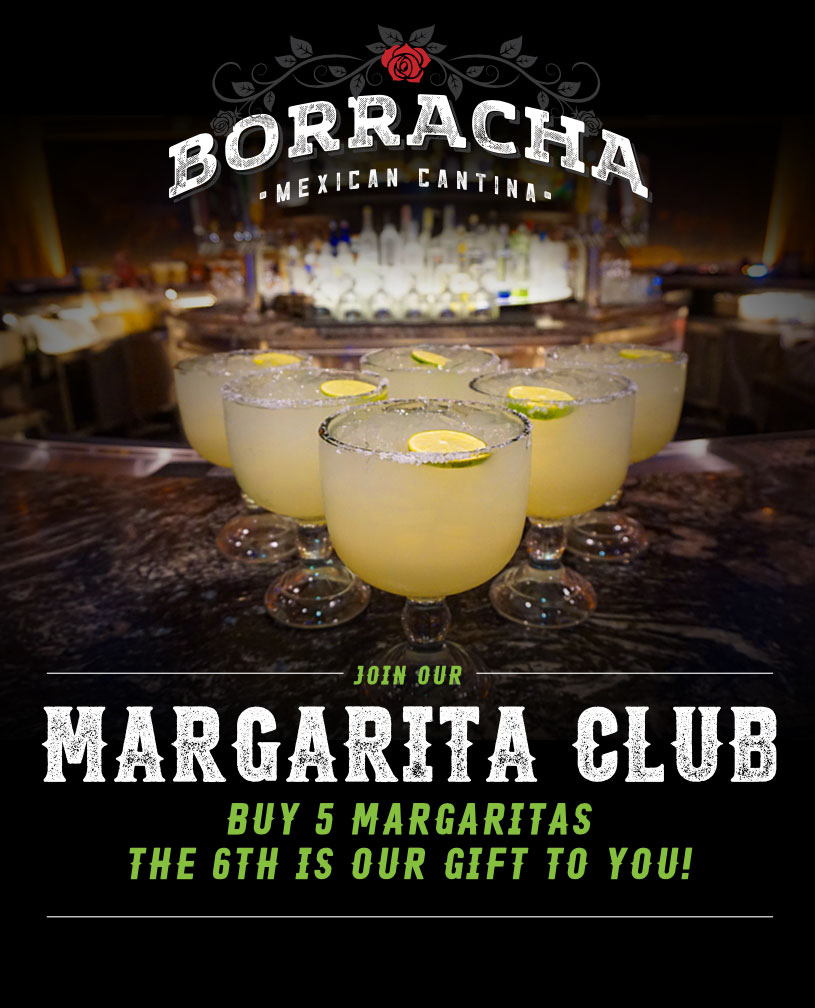 Borracha in Green Valley Ranch makes the best margaritas, and since we believe sharing is caring at this cantina, we’ve made a Margarita club for anyone to join. You don’t have to dust off your Members Only jackets or fill out a file of paperwork to join Borracha’s Margarita Club. All you have to do is show up and ask! What’s even easier is the deal itself: if you buy five margaritas, then your sixth is free. ¡Qué fácil!

In honor of this easy peasy lime squeezy Margarita Club, we’ve compiled a list of “club puns” that are an effortless laugh. So sit back and enjoy some silly sayings while you sip your margarita–just try not to snort–salt coming out of your nose would hurt.

What do you call a book club that’s been stuck on one book for years? Church.

Everyone was excited at the Autopsy Club because it was open Mike night.

My friend opened a club called the G spot, but it closed because no men could find it.

What do you call a chess club bragging about their skills in a hotel lobby? Chess nuts boasting in an open foyer.

I went to a dance club called Flu. It was sick.

If you don’t keep up with your subscription to Scrabble Club, they’ll send you threatening letters.

I couldn’t figure out why they were throwing Stephen King novels around during book club, but then It hit me!

The new club on the moon got a bad review. It had no atmosphere.

The first rule of Mute club is nobody talks about Mute club.

If those puns didn’t provide a pick me up, then you might just need another margarita! Bring your membership card and come on down to Borracha (sense of humor not required, but definitely appreciated).