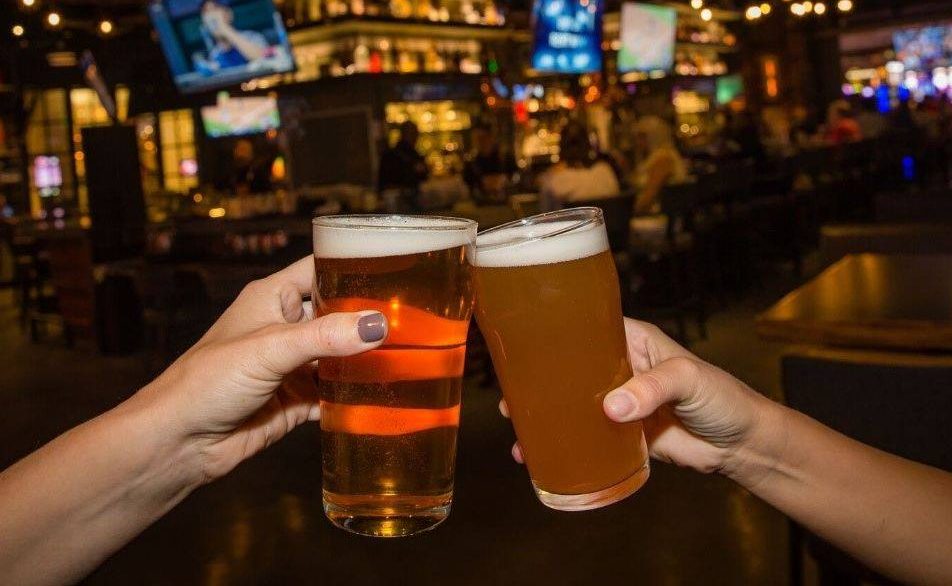 Come Cure What Ales You: The Still Has the Best Beer Selection in Las Vegas

Benjamin Franklin said “Beer is proof that God loves us and wants us to be happy,” and The Still’s extensive beer list aims to help you in the pursuit of hoppiness. With over 60 different varieties available, The Still’s beer list is lager than life. So whether you’re looking to have some suds with the buds or grab some brewskis with the boys, The Still’s hot list of cold ones will make your heart malt. After all, we do have the best beer selection in Las Vegas.

There is no “one size fits all” rule when it comes to beer, so whether you’re a Chug Norris or a Buzz Light Beers, The Still has plenty of range for either a quick bite or a drawn-out game. They offer their drafts in either a pint, liter, or pitcher, so you get to make the call on your consumption. They also have the options of bottles or cans for those who love a longneck or carry their good luck game day koozie. If you’re kicking it with your crew, then order your brews in a bucket–just please don’t chuck it if the ref makes a bad call.

Variety is The Still’s middle name–just kidding, it’s Francis–and they have numerous styles of beer to quench your thirst from lagers, wheats, stouts, and IPAs. If you’re working on that six pack and think you can’t have a beer, think again. The Still has healthy options like June Shine Midnight Pain Killer and Bon & Viv so you can still sip and stay svelte. For those who avoid gluten like Aaron Rodgers avoids the barber, there’s Omission IPA and Estrella Damm Daura gluten-free lager or Stella Artois Cidre.

While The Still has plenty of beers from the land of red, white, and brew, there are also plenty of options to guzzle from around the globe. If you find yourself saying “Irish I was drinking” then you can order a draught of Guinness and get to it. For all you David Hallselfroths, The Still has Spaten Premium Lager or Bluffing Isn’t Weisse Hefeweizen, and it shouldn’t be much to your Chimay that there are plenty of beers from Belgium to choose from, like Duvel Golden Ale, Hoegaarden, and Stella Artois. If you want to get borracha, baby, then choose a cerveza like Dos Equis, Corona, or Modelo.

With plenty of brews for you to choose from, The Still is the number one place in Las Vegas, bar none.